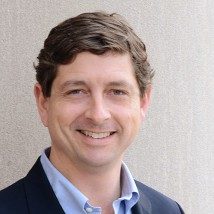 Billy Poynter focuses his practice on intellectual property law, including patents, trademarks, copyrights, and trade secrets; software creation, development, and implementation; IP assessment, creation, and enforcement; and dispute resolution. After graduating from law school at UVA, Billy spent one year practicing at a large firm in Washington, DC, before clerking for The Honorable Alvin A. Schall, US Court of Appeals for the Federal Circuit. Before joining Kaleo Legal, he served as the co-chair of the Intellectual Property Litigation practice at Williams Mullen, and the vice-chair of the Intellectual Property Section. Throughout his practice, Billy has represented domestic and international companies of all sizes and types, including startups, mid-sized companies, and Fortune 500 companies, in various industry sectors such as software, retail, manufacturing, telecommunications, and transportation.

Billy serves as the fractional general counsel for several software companies, and has a great deal of experience assisting software providers with their commercial needs, including drafting and negotiating licensing agreements, partner agreements, and services agreements of all kinds.  As an extension of the in-house department, Billy supports software sales teams in all aspects of their legal needs, and is an integral part of their achieving sales and revenue quotas on a quarterly and annual basis.

Billy maintains an active transactional practice focusing on other intellectual property issues as well, including:

He assists small companies and startups with intellectual property analysis, creation, registration, and enforcement. He has extensive experience with drafting and negotiating commercial contracts of all kinds. And he has assisted in the acquisition and sale of technology companies for larger-scale clients, especially in the software industry.

Billy also maintains an active litigation practice, as lead and local counsel, in the federal courts of the Eastern District of Virginia. As a litigator, Billy has handled cases involving a variety of technologies, including software, business methods, telecommunications technology, mechanical devices, chemical compositions, and electrical technology. He has litigated cases around the country, including in popular patent litigation jurisdictions such as the Central and Northern Districts of California, the Eastern District of Texas, and the District of Delaware. Billy has particular experience litigating patent, intellectual property, and other cases in the Eastern District of Virginia, also known as the “Rocket Docket,” and he has handled cases in the Alexandria, Richmond, and Norfolk Divisions of the EDVA, as both lead and local counsel. In addition to his work defending clients against claims of patent infringement brought by non-practicing entities, Billy has substantial experience representing clients either bringing intellectual property claims against, or defending against intellectual property claims brought by, direct competitors, and the attendant considerations that direct competition brings to bear in those litigation matters. He is extremely well versed in addressing the e-discovery issues that accompany complex litigation.  Billy is a permanent member of the Fourth Circuit Judicial Conference.